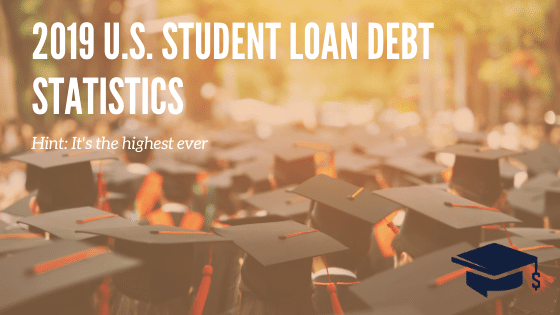 Across numerous forums of American public life, we hear over and over again how extreme and out-of-control the current crisis in the student loan system is. Although, few people besides the experts take the time to delve into the statistical specifics; understandably so, as the numbers are often very dense and boring, and someone else’s emotion-packed description of ‘what’s going on’ with the loan system usually does the job of cuing our partial-attentions just fine. But if more people would familiarize themselves with the specifics and statistics of the student loan crisis, then perhaps the issue would become that much easier to address, due to there then being more-informed participants on every front of the workings of the student loan system. Because, make no mistake, you are, in some large or small sense, a participant in the workings of the student loan system.

As of 2017, 65% of graduates with bachelor’s degrees took student loans, and, on average, left college with $28,650 of student debt. Students who pursue professional degrees take on much, much more. For the class of 2018, the average medical school graduate has $196,520 in student loan debt; the average graduate of dental school leaves with $285,184; and those that attend pharmacy school, on average, accumulate $166,528 in student loans. Combined, 2019 borrowers of both federal and private student loans in the United States collectively owe 1.56 trillion dollars.

Coasting above the data with an eagle-eye perspective, the first thing one notices about the current standings of the loan system is that 92% of all outstanding student loans are federal loans, owned by the Department of Education. That percentage is an A in a college course. 43 million Americans collectively owe $1.4 trillion in federal student loans – the remaining 7.63% of outstanding student loans are privately owned and represent a total of $119.31 billion. Of these 43 million borrowers with federal loans, 18.6 million are in repayment, 2.7 million are in forbearance (a period up to a year in which monthly bills on federal loans are halted, but interest continues to accrue at the regular rate), 3.4 million are in deferment (a period of variable duration in which monthly bills on federal loans are halted and also cease accruing interest), and 5.2 million borrowers have defaulted on their federal student loans. Of the borrowers with outstanding private student loans, 18.01% are in deferment, 2.39% are in forbearance, and 1.75% are in repayment but are 90+ days past due on their bills – presumably, the remaining percentage of private student loan borrowers are currently in accordance with the terms of their repayment

Some other somewhat perplexing statistics that exemplify the personal mismanagement and broader misconceptions of the loan system have to do with the needless abandonment of monies meant to pay the high costs of college, and not the necessary borrowings of them. The Free Application for Federal Student Aid (FAFSA) is the online document offered by the federal government that entitles the persons that fill it out access to federal student loans, and free grants, scholarships, and work-studies for which they prove eligible. There is not really a good reason for a prospective college attendee  to complete this document. Yet, over a third of the high school students in the graduating class of 2018 did not fill out the FAFSA. Each of these graduates that did not fill out the FAFSA, and was eligible to receive a Pell Grant, left on average $3,908 dollars of federal funding on the table – funds that they would not have had to repay. The total amount of federal funds left on the table by those in the high school graduating class of 2018 who failed to complete the FAFSA totaled 2.6 billion dollars.

These astonishing statistics begin to shed some light on the many smaller issues that comprise the current crisis of the student loan system.