Black College Graduates with Student Loans are the Most Likely to Struggle Financially with 29% Making Monthly Payments of $350 or more. 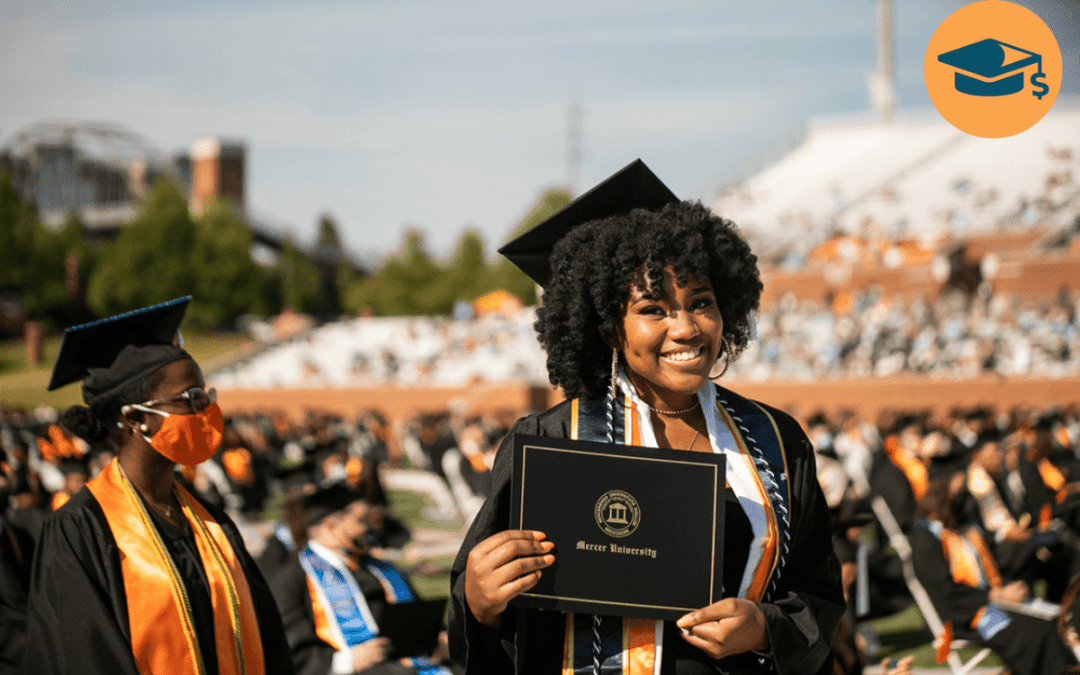 With the idea of needing a college degree to succeed as an adult becoming more ingrained in society, more high school graduates are deciding to attend college institutions. Today college graduates earn more than 80% more than a counterpart with just a high school diploma. Those who choose to go to college can expect to receive two things after four years – a diploma in one hand and a massive student loan debt in the other. In 2007 the average college graduate would owe $18,203, however. In 2020, the average amount a graduate owes surged to $36,635.
As of June 16th, the student loan debt sits at over 1.75 trillion dollars. Since 2003, the national total student loan debt balance has grown by 602.5%. With over 45 million Americans victims of crippling levels of student debt, some have called for wide-ranging loan forgiveness. While it may seem rational to believe that the student loan debt crisis has equally impacted all students, that is unfortunately not the case. Black college graduates are statistically effected the most.

According to EducationData.org, The burden on the student loan debt crisis is unevenly weighted on Black/African Americans. The data gathered shows that Black and African-American college graduates owe $25,000 more in student loan debt than their white counterparts on average. Some other key statistics that were shocking to me were the following:

The statistics clearly show that while millions of Americans are victims of student loan debt, Black and African Americans are unquestionably the most affected. According to TD Bank, they have estimated that those with student loans spend roughly 20% paying student loan debt. On a macroeconomics level, this limits the United State’s GDP growth rate and limits our money multiplier effect that would benefit our economy.

According to Nicole Smith, chief economist at Georgetown CEW, student loan debt is far more significant of an issue. Moreover, it is an issue that is widening the wealth gap by race and gender. Nicole Smith reports that “Women with master’s degrees make on average what a man with a bachelor’s degree makes and a woman with a bachelor’s degree would make on average what a man with an associate’s degree makes.” While the idea of paying less based on skin color is an issue in itself, it also leads to long-term wealth disparities as black women with master’s degrees struggle to pay off their debt. Smith notes that “In terms of repayment of those loans, you have women who are taking out higher, and their lower wages influence higher loans and their ability to repay.” The wage gap may seem insignificant, especially for those unaffected, but the long-term effects are evident statistically.

According to Thomas Shapiro, The Institute on Assets and Social Policy at Brandeis University, “Black borrowers are much more likely to experience long-term financial insecurity due to student loans,” The report released by Brandeis emphasizes this claim. Some key findings were that Within 20 years, the typical white borrower’s loans are paid off, while the typical black borrower has to hold on to a large portion of their loans. White borrowers can save, invest, or put a down payment on a house with no more monthly student loan payments. This point is emphasized in their report as later they mention that a typical white individual in their 30s with no student loans holds more than $35,000 in wealth, while black individuals typically are more than $10,000 in debt.

While no particular person is to blame for the student debt crisis, we must accept the fact that our nation is headed towards a recession if the total amount of student debt continues to balloon and work to find a long-term solution. If we do not, not only will our economy struggle, so will 99% of the United States population.

Consider Loan Forgiveness or Refinancing: You may want to consider seeking loan forgiveness. This is a particularly attractive option if you’re dealing with a high debt-to-income ratio. Conversely, if you have job security and a low debt-to-income ratio you should look into refinancing your loans. If you have job security and a higher income you are a lower risk to loan providers and you can renegotiate lower interest rates.

Set up a Free Consultation: Here at BYE Student Loans, we specialize in helping borrowers reduce their student loan payments. We offer free consultations to get a better grasp for your particular situation and do everything in our power to save you money! Why wait until you become part of the million student loan borrowers to default to take action? Consultations take less than an hour and on average result in our clients saving thousands of dollars over their lifetime. Click here to get started today.

Pair all of this advice with a smart budget and some thrifty spending and hopefully those beastly student loans you amassed in college will feel a little less intimidating and a little more manageable.